As Salaamu Alaykum Warah Matullahi Wabara Kaatuhu
Peace be upon you with all of GOD'S Mercy and Blessings. 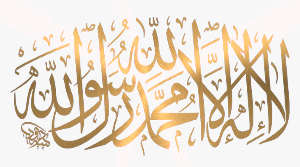 La ILa Ha lLLaLL LLAH There is no other GOD but the one GOD Muhammad ur Rasul lullah The Prophet Muhammad (Peace be upon him) is GOD's Final Messenger. (just as Prophets Noah, Abraham, Jesus & Moses, David and others were earlier Messengers)

We have 3 Jumma Times that start on time

BTW: The Jumma Khutba is 1/2 the prayer 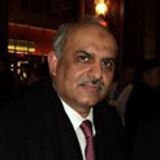 Please park sensibly and respect the rights of our neighbors -  PLEASE do not do bad deeds (with your parking, etc.) on your way to doing good deeds (praying,etc.).  JZK
We welcome each one of you as we strive to make this Masjid campus better and a place of comfort and growth to each of you to want to return to. Please forgive our shortcomings.
Please join in and improve with us this campus so that we all can better serve any one who comes to us whatever their circumstances with us with our time, wealth and intellect. WAS Muhammad Farooq, Current President.; Prof. Mian Muhammad Saeed, President Emiratus (deceased 2022); Mrs. Abida Saeed, co-founding Member (deceased 2018). Note:

“Serve Others so that you can better Serve Yourself”

Learn the Meaning of prayer in 6 weeks with Gisla.org

Do you really know what we (Muslims) say in daily prayer? Do you (Muslims) know the MEANING of all of that you say in daily prayers ??? Here you can  review & test yourself .You can learn all this 6 weeks with help from Gisla.org Allahu Akbar – GOD is great  … …   A’uzu billahi min ash shaitani r rajimi – I seek refuge with GOD from Satan the accursed…   … .Bismillah ir-Rahman ir-Rahim In the name of GOD, most Gracious, most Compassionate … … Subhana Kallah humma Glory be to you, O GOD,… … wa bihamdika and all praises are due unto YOU, wa tabara kasmuka and Blessed is YOUR name wa ta’ala jadduka and Exalted is YOUR majesty wa la ilaha ghairuk. and none is worthy of worship but YOU. ============ SURAH FATIHA Bismillahir Rahmanir Rahieem In the name of GOD, the Lord of Mercy, the Giver of Mercy! Alhamdu liLLaahi Rabbil aalameen Praise belongs to GOD, Lord of the Worlds, Ar Rahmanir raheem Most Gracious Most Merciful, Maaliki Yow middeen MASTER of the Day of Judgement. eeyaakana mudoo wa eeyaa kanasta een YOU we pray to & YOU alone we ask for help. Ihdinas siraat tal mustakeem…

PBS interview on Ramadan & Quran recital (Dr. Farooq & Sheikh ArRaee )   This piece was broadcast on PBS TV in the USA on July 22, 2012 (WETA- TV) in the DC area – You can also watch other PBS items on Islam by clicking here

We are LIVE 24/7 365 days We invite you to “join us” as we pray and congregate. Please email us with date and time if you are having an issue with the picture or audio – email icnvtshirleygate at gmail dot com (We also hve an AUDIO ONLY option that works fine ebven when the video is down. The audio is sometimes faster than the video. This is a syncing issue that we are aware of. Please be patient as we try to figure out and solve this problem.) =========== Click here for Taraweeh (Quran) Summaries IN ENGLISH organized by Date & by Imams & by Surah(coming soon) such as Mufti Elias , Mufi Menk , Dr.Ahmed Sakr , Moulana Lachporia, Imam Magid, Dr. Jasser Auda, Prof. Yusuf Dadoo & more. (or go to www.SalaamNewZ.org) This is a VERY EASY way for you and your children to become familiar with the major themes of the Quran. We suggest that you try to do this (all year around) on a regular fixed schedule basis e.g. after dinner one night a week or every Sunday Morning, etc. ============= ENGLISH ISLAMIC RADIO 24/7 You can also click below to listen to any of…

Ponder on these Quranic Verses – “GOD may try you in the gifts GOD has given you”…. VICEGERANCY: “It is GOD Who has made you (GOD’s ) vicegerents, inheritors of the earth: GOD has raised you in ranks, some above others: that GOD may try you in the gifts GOD has given you: …(Qur’an, 6:165) DIVINE GUIDANCE: “Get ye down both of you― all together from the Garden, with enmity one to another; but if, as is sure there comes to you guidance from ME, whosoever follows My guidance, will not lose his way nor fall into misery.”(Surah Taha) JUSTICE: A major mission of all Prophets (peace be upon them) was the “establishment of justice among people” Quran Surah 57 Verse 25 Q 57:25 Stand for Justice even if it against a close relative 4:135; 5:8; 16:90; 42:15 “GOD commands justice and goodness in everything” Quran Chapter 16 Verse 90 Q 16:90 KILLING & SAVING LIVES:“..Take not life, which GOD hath made sacred, except by way of justice and law: thus does GOD command you, that ye may learn wisdom.” (al-An’am 6:151) “If anyone saved a life,it would be as if he saved the life of the whole people” (Quran…

Islam’s Five Pillars will help you better fulfill your divine mandate to be a Caretaker to ALL creatures on Earth. This is acheived by trying to Live your life based on Divine (Faith Based) Values and developing GOD AWARENESS 24/7 through your actions. This “caretaker” goal will be will be GREATLY enhanced through the regular practice of the prescribed Five Pillars of the Islamic Faith. These 5 pillars *which support the mandate to take care of all on Earth are: 1. PILLAR ONE Affirming by words and action our belief 1) there is no GOD but GOD… … We believe that GOD created the Universe and that we (mankind) are best served if we submit to GOD’s divine orders.We (Muslims) strive to remember that GOD is as close to us as the artery is to our neck. We always strive to conducts ourselves with the full knowledge and appreciation of the fact that GOD is with us all the time and everywhere and that as such we will strive not do anything that GOD does not want us to do and that we will strive do only those things that GOD would like us to do. To us, GOD’s guidance embodies… 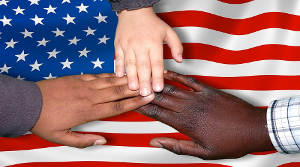 As (a)  proud American citizen(s), I (we) pledge allegiance to the Flag of the United States of America, and to the Republic for which it stands, one Nation under God, indivisible, with Liberty and Justice for all.

We, MUSLIMS WILL NEVER FORGET nor CONDONE the attacks of Sep 11, 2001 and all other incidents like it.

We maintain that causing Terror using Muslim's or in Islam's name does not make it right, ok, correct or Islamic or moral or justifiable.

IT IS SIMPLY WRONG!

We all need to pay forward for the future persons who attends this prayer facility (masjid). This way, we will benefit from their prayers just as those who previously paid forward to enable us to use these Masjid facilities today benefit from our prayers. Please use memo field to specify donation (if needed)